Does Yoga Build Power and Strength? | Try This Intense Core-Focused Routine and Find Out 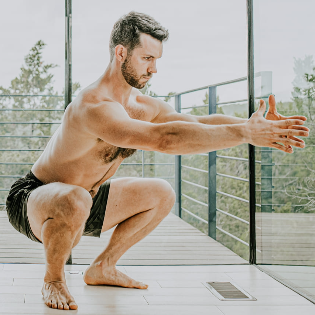 Does Yoga Build Power and Strength? | Try This Intense Core-Focused Routine and Find Out

Does yoga build power and strength? I’m going to answer that question with this 12-minute strength-focused yoga routine using floor poses to help you build core strength, hip strength, and work into your hip mobility. It’s great for taking care of your spine, getting rid of back pain, and helping address underlining causes of back pain for people who spend too much time sitting.

It’s also a workout that your toddler might find entertaining enough to jump in on themselves. If this happens, try not to worry too much about your form. Enjoy your time with them. :-)

Dean Pohlman is an E-RYT 200 certified yoga instructor and the founder of Man Flow Yoga. Dean is widely considered to be an authority on Yoga for Men. He has worked with physical therapists to create yoga programs for back health and spinal recovery. His workouts and programs have been used by professional and collegiate athletes, athletic trainers, and personal trainers; and have been recommended by physical therapists, doctors, chiropractors, and other medical professionals. 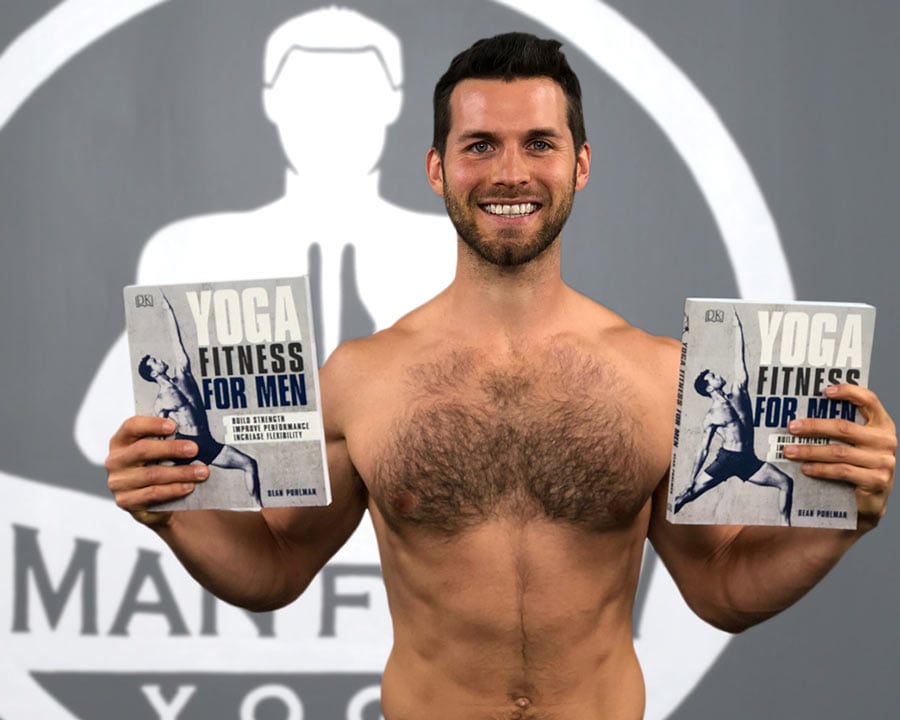 Dean is a successfully published author through DK Publishing (Yoga Fitness for Men), selling 35,000 copies worldwide in English, French, and German; in addition to being a co-producer of the Body by Yoga DVD Series, which has sold over 40,000 copies on Amazon since its release in 2016.

My first yoga experience was on complete accident.

As it so happened, I was already planning on going to the gym after visiting the tailor, and a class was starting in the next 15 minutes. I approached the instructor, wearing my lacrosse hoodie and sweatpants, and asked whether or not this class would be useful for me.

While looking for the tailor, I wandered into a Bikram yoga studio. I had always wanted to try yoga, but the opportunity just hadn’t presented itself.

She told me that it would really help with my flexibility, my endurance, and toning up my muscles. I definitely needed to work on flexibility. And who wouldn’t want to improve muscle tone? So I said, okay, let’s do it.

What happened in the next 90 minutes completely shattered every preconception I had ever had about yoga.

Not even halfway through the class, I was drenched in my own sweat and utterly exhausted. My legs were shaking, my arms were exhausted (even though we weren’t using any weights), and I wanted nothing more than to leave the packed, overheated room and exit into what would have been a refreshingly cold winter day. But I stayed.

I was moving my body and exercising in completely new ways, and feeling soreness in muscles I didn’t even know I had. I also knew that by challenging myself I was becoming stronger, and there was no way I was going to give up mid-workout. (There were women there who were at least double, maybe triple my age. If they could do it, then I certainly could!)

When the class finally finished, I exited the room with an immense feeling of accomplishment. That 90-minute Bikram yoga class is still the hardest workout I’ve ever done. I knew at that moment that yoga would be a regular part of my workout routine – maybe for the rest of my life.

I kept doing yoga. Initially it was because I didn’t like not being able to do something, and I wanted to get a solid grasp on this new form of exercise. But after a few weeks of doing yoga, I started to notice some significant changes in my body.

In the first month, I noticed

My body was definitely changing.

Yoga was making me better at my other workouts, and I was getting stronger in ways that I never had before.

My body and breath awareness skyrocketed. Flexibility was drastically improving – it was downright uncomfortable at first, but my body was becoming SO much more mobile the more I worked into the discomfort of muscle tightness.

decided to give the channel a name that would specifically speak to men, as a way of letting guys know that yoga wasn’t just for women. After some quick thinking, I decided on Man Flow Yoga – and that’s how all of this started! 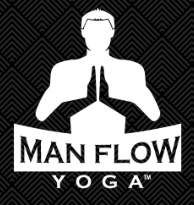