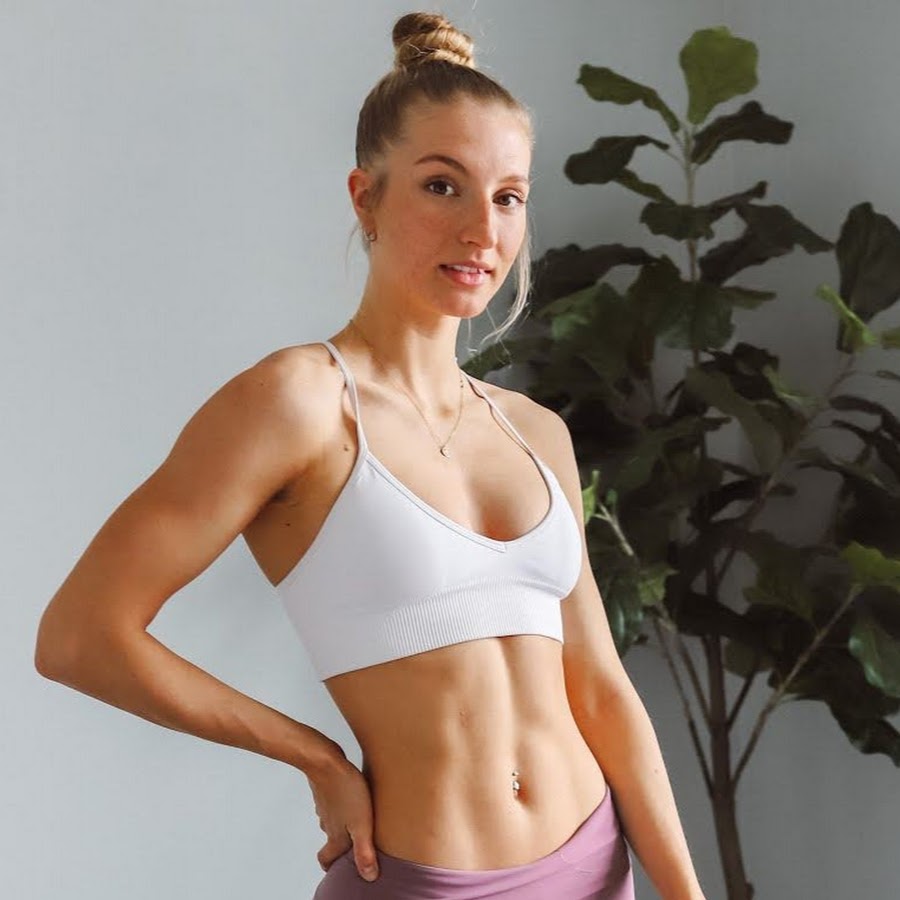 Swifties! This is a full body DANCE cardio routine to Taylor Swift hits throughout the years! Songs like: You Belong With Me, Shake It off, Delicate, and Bejeweled. This dance fitness routine will have you smiling and sweating at the same time.

?? DO THIS WARM UP FIRST: shorturl.at/gsTX5

I started dancing when I was three, then danced competitively for 17 years. I did all kinds of dance—tap, jazz, pointe—and competed in Germany and the U.S. I would train between three to seven hours a day, six days a week.

When I was in high school in Waterdown, just east of Hamilton, I got a part-time job at a health food store called Goodness Me. After graduating high school in 2013, I bumped to full-time. I was still dancing, but I had no idea what I wanted to do for the rest of my life. During my time at the store, I became a vegan, and in 2015 I started vlogging about what I was eating on Instagram and YouTube. When I hit to 1,000 subscribers by June 2016, I started earning small amounts of ad revenue.

By September 2016, I saved up enough from my job to go on a months-long trip with my boyfriend at the time, Kyle Fraser. We started in Thailand and then went to Bali, Australia and Hawaii. We made friends with a few Australian travellers in Thailand and stayed at their place in Adelaide for seven months. During our trip, I’d been posting daily food vlogs and recipe videos along with travel content, and my channel started to take off. Kyle helped me film, and he appeared in many of the videos, too. By the end of 2016, I had about 50,000 subscribers. 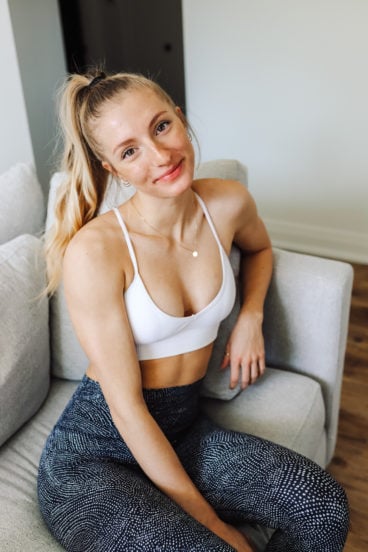 When we got back to Canada in April 2017, we were making about $1,000 (U.S.) monthly in ad revenue, and we realized that we could pay our rent doing YouTube full-time. I threw myself into the work, and after six months, Kyle left a part-time job to devote himself full time to our channel. Our earnings were based on the number of views, but also based on the watch time. So if somebody watched my video for seven minutes compared to three minutes, they’d see more ads and I’d get more revenue.

By this time, I’d quit dancing, but I missed the strength training, so I started doing bodyweight workouts. I posted them on my channel, and they started getting a lot of views. Our most popular one at the time was a 10-minute couples workout video, which now has a million views. I was reaching a whole new audience, and Kyle suggested I start a separate fitness channel, since my first channel had been focused on vegan recipes and what I eat.

In March 2018, I started MadFit. The goal was to post quick, effective workouts for people who didn’t have have a lot of motivation or a lot of time. The growth was slow to start, so I stayed focused on the food channel because that was generating income. I was posting there three times a week on the food channel, and once or twice on MadFit. A few months later, things picked up. What’s great about the workout videos is that they’re evergreen. It’s not like a vlog where somebody watches it once and they’re never going to watch it again; viewers are going to come back and watch the same videos over and over. By August 2018, I was generating a few dollars a day from MadFit. Then, within a few months, a few of my videos were blowing up, like a lower abs video that now has 8.4 million views. 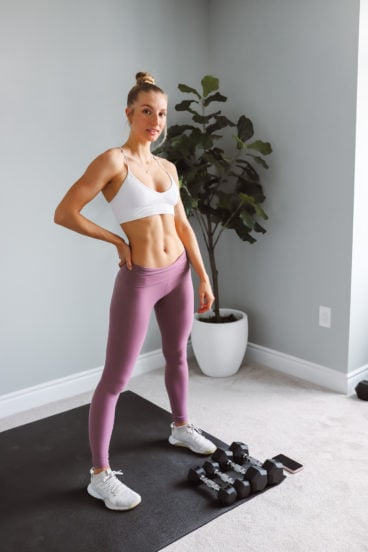 One day in May 2019, I had an epiphany while working out in my living room: I decided to create workouts to specific songs. Ten minutes later, the routine was done. I turned on my lights, turned on the camera and filmed my first song workout to “I Don’t Care” by Ed Sheeran and Justin Bieber.

I don’t get paid for those videos—YouTube automatically detects the copyrighted music when I upload and flags it, then the artist or music label is notified and they get the ad revenue. But these videos give me a lot more exposure and more eyes on my channel. I also love making the videos. My workout to “Bad Guy” by Billie Eilish, which I uploaded in June 2019, is now my most popular video at almost 11 million views. Around this time, I started getting more subscribers on MadFit than I was on my food channel, so I switched my focus to fitness.

When the pandemic hit, I had about 1.3 million subscribers on MadFit. Suddenly, gyms were closing, people were working out at home and my business was exploding. Starting in mid-March, my viewers increased exponentially. I started posting every day during lockdown and gained massive amounts of subscribers—almost 30,000 a day. In February, I grew by 100,000 subscribers. In April, I grew by a million. I hit three million subscribers by the end of that month.

I was excited to see so much growth. I’ve been building a huge library of home workouts for the past few years—over 200 videos—so it was amazing to see people using that content. These days, I film two or three days a week, then spend the rest of the time editing or creating workouts. I wake up at 8 a.m. and work until about 6 p.m. I rent the main floor of a house in Hamilton’s east end, and I film in my living room, which I’ve turned into my studio. Two months into the pandemic, I’ve slowed down my pace. I don’t want to burn myself out.

Kyle and I broke up six months ago, but he’s still a big part of the business. He handles admin work, answering emails and strategizing about the bigger-picture vision. I never would have thought that, at 24, I’d be able to live comfortably in my own apartment without having to stress about money. I could splurge and buy a brand new car or whatever, but I don’t. I like to save.