World-renowned speaker and author on the subject of alternative medicine

Deepak Chopra is the founder of The Chopra Foundation, a non-profit entity for research on well-being and humanitarianism, and of Chopra Global, a modern-day health company at the intersection of science and spirituality, is a world-renowned pioneer in integrative medicine and personal transformation. Chopra is a Clinical Professor of Family Medicine and Public Health at the University of California, San Diego and serves as a senior scientist with Gallup Organization. He is the author of over 90 books translated into over forty-three languages, including numerous New York Times bestsellers.

For the last thirty years, Chopra has been at the forefront of the meditation revolution and his latest (and 91st) book, Total Meditation (Harmony Book) helps to achieve new dimensions of stress-free living and joyful living. TIME magazine has described Dr. Chopra as "one of the top 100 heroes and icons of the century."

Deepak Chopra was born on October 22, 1947 in New Delhi, India. The son of an eminent cardiologist, Krishnan Chopra, Deepak at first decided against following his father's career path, wanting instead to pursue a career as a journalist. Eventually, however, he became enthralled with the subject of medicine and enrolled at the All India Institute of Medical Sciences in his native city.

Chopra envisioned a career in Western medicine, and in 1970 moved to the United States, leaving his home country with just $25 in his pocket and the promise of a residency at a hospital in New Jersey. Following the residency, Chopra landed in Boston, where he quickly rose to chief of medicine at New England Memorial Hospital.

Despite his rising career, Chopra became disenchanted with Western medicine and its reliance on prescription drugs. The work began to wear on the promising doctor, who would later claim that he smoked up to a pack of cigarettes a day and drank consistently. "Very unhappy people, physicians," he has said. "The relatives of patients with whom they deal are demanding, litigious, intimidating. That's the environment of medicine. Most of my fellow colleagues were very stressed; a lot of them were addicts. I used to experience the most extraordinary frustration and tightness. My great fear was getting into trouble. Malpractice suits are a big deal in the United States."

It's during this time that Chopra read a book on transcendental medicine that changed his life, and eventually his career path. As his interest in alternative medicine deepened, so did his view on the limits of Western medicine.

After a meeting with transcendental mediation guru Maharishi Mahesh Yogi, Chopra quit his job at New England Memorial Hospital and started the Maharishi Ayur-Veda Products International, a company that specialized in alternative products, like herbal teas and oils. Co-founded with the Maharishi, the company successfully launched Chopra into the world of alternative medicine. Chopra helped oversee the creation of several affiliated clinics and, he became well-known among celebrities including Elizabeth Taylor, Michael Jackson and fashion designer Donna Karan.

Chopra Global is a leading whole health company that is empowering personal transformation for millions of people globally to expand our collective well-being. Anchored by the life's practice and research of Dr. Deepak Chopra, a pioneer in integrative medicine, Chopra Global's signature programs have been proven to improve overall well-being through a focus on physical, mental and spiritual well-being.

Chopra Global has been at the forefront of health and wellness for more than two decades with a portfolio that includes an editorial archive with more than 2000 health articles, meditations, masterclasses, teacher certifications, live events and personalized retreats. By providing tools, guidance and community, Chopra aims to advance a culture of well-being and make a healthy, peaceful and joyful life accessible to all.

"Oprah & Deepak's 21-Day Meditation Experience" is a powerful guide of daily audio meditations voiced by Oprah Winfrey and Deepak Chopra, co-produced by Harpo Studios and The Chopra Center, and inspired by popular OWN programs, connecting members of its core community to the benefits of regularly practiced meditation. 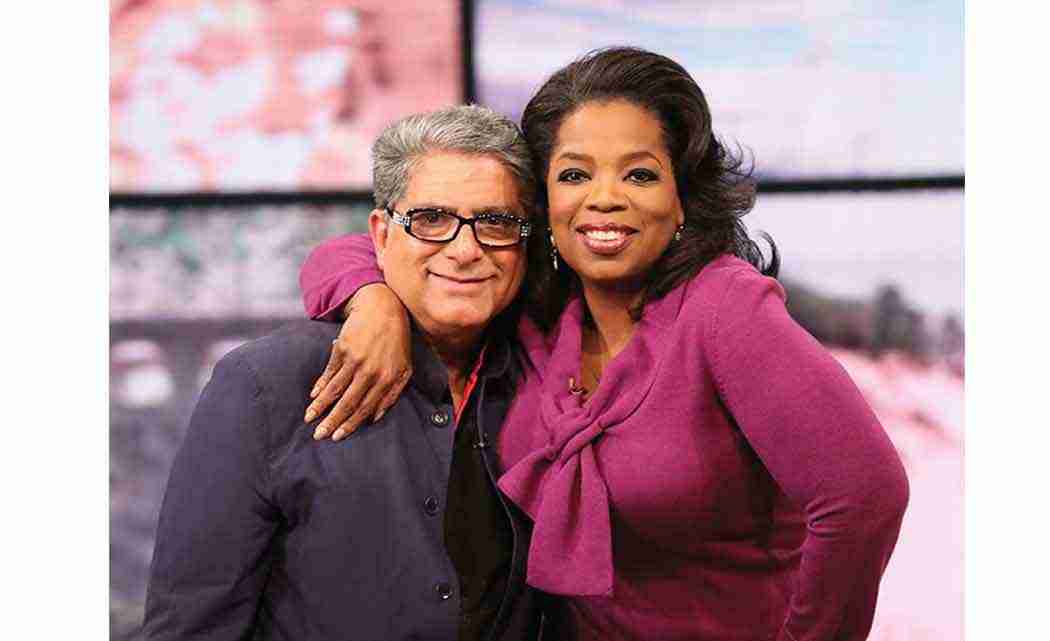 Select meditation series have been distributed in Hallmark Gold Crown stores nationwide and introduced at Omni Hotels & Resorts as part of their commitment to wellness. Via a 21-day Mobile Companion App, the meditations are easily accessible from a mobile phone or tablet and available for download in iTunes and Google Play stores. Over 4.1 million people from hundreds of countries around the globe have participated in past meditations, which include eight series in total: Perfect Health, Miraculous Relationships, Desire and Destiny, Finding Your Flow, Expanding Your Happiness, Energy of Attraction: Manifesting Your Best Life, Manifesting True Success and Manifesting Grace through Gratitude.