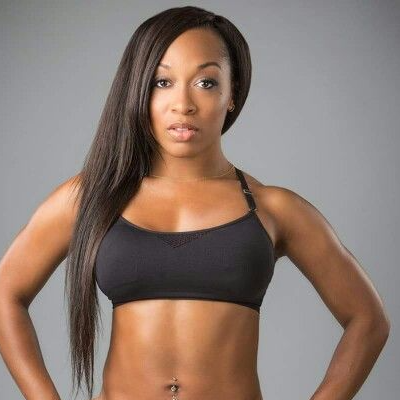 With over 40 Million views and over 550,000 subscribers on YouTube, this multi-faceted music and fitness star Keaira LaShae is definitely making a name for herself in the industry. As an independent artist she has worked with everyone from Cee-Lo Green and Miguel, to the Grammy Award-Winning producers and songwriters who have worked with Usher, Nicki Minaj, Rick Ross, and Jay-Z.

Often compared to Janet Jackson for her hard hitting dance moves and a mix between Aaliyah, Beyoncé and Jazmine Sullivan for her warm tone and powerful vocals. Keaira LaShae is a singer/songwriter who also excels in the world of dance and fitness.

After hosting her own online dance fitness series “Move” to over 2.5 million members on DAILYBURN.COM for whom she was one of the lead spokespersons for, Keaira recently opened her own online fitness and nutrition site, MOVE.

Her hard work, popularity and dedication earned her features in The New York Times, Essence, Women’s Health, and Shape Magazines just to name a few along with major television networks such as BET, NBC (The Voice), Fox, and many more! It also landed her into filming her own DVD series called “Burn to the Beat” with LionsGate Be Fit and is set to do more projects with them in the near future.

Born and raised in Tampa, Florida, Keaira LaShae’s talents were first discovered at the age of 7, choreographing her own dance and entering,then winning a competition over girls twice her age who had more professional experience. The dancing bug bit her and instantly inspired her to become a performer. In addition to her moves, Keaira LaShae quickly found another passion singing in the choir at her local church. Her hard work and dedication led her to being a part of a trio at the age of 15, performing and impressing audiences across the country, even grabbing the attention of record label giants like Sony, Capitol and Virgin Records. A deal quickly formed for Keaira LaShae and the other members and like so many other young groups at the time, the girls went their separate ways, but that didn’t stop Keaira LaShae, her passion and drive only got stronger than before.

Encouraged to move forward and push harder, with her mother a shining support system in her life, Keaira LaShae did everything she could to set her path in the right direction. Wanting to become a better live performer by combining her hard hitting choreography while singing, she took up a love for running and fitness in its entirety, going as far as becoming AFAA certified as a trainer and kickboxing instructor. Unstoppable, Keaira LaShae moved to San Antonio, Texas, where she was inspired by the culture and learned to sing in Spanish and earned references to international superstars like Selena.

Using her growing fan base and musical platform, Keaira LaShae opened her own dance studio, Street Beatz where she worked with choreographers for artists such as Usher, Chris Brown, Pitbull, Janet Jackson, Britney Spears, and also with notable productions such as “America’s Best Dance Crew” (ABDC), “World of Dance”, and “So You Think You Can Dance”.

In 2011 Keaira LaShae decided to move to Los Angeles in order to further her music and fitness career. Since that move Keaira LaShae has been building a cult-like following with her rabid fan base. Keaira LaShae also has a passion to work with non-profit charities including those involving stopping gun violence. She has a deep passion for animals, fashion, cooking, and even created The Superhero Fitness Meal Plan located on her website KeairaLaShae.com along with her music, dance and fitness videos.